After an accident occurs, everyone wants someone to tell them what happened. But in a fatal car crash, sometimes nobody is left to tell. So we are left with just the evidence on scene. A big piece of that evidence is the tire skidmarks left on the roadway. In a majority of accidents, there are usually some types of tire marks left by the vehicle(s) involved. But there are different ways of solving speeds depending on the type of tire marks left behind. Is the tire friction evidence skidmarks, yawmarks, acceleration scuffs, flat tire marks, or imprints? 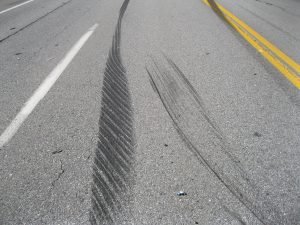 CG Consulting has extensive experience in recognizing and determining the speeds of vehicles from the aforementioned marks.

It is well known that when a driver applies the brakes really hard, the wheels will lock. As a result, the vehicle will slide and usually leave evidence of skidmarks on the roadway. The length of these skids is an indication of the speed of the vehicle. Two factors are important when calculating speed from skidmarks: 1) the distance the vehicle slid and 2) the coefficient of friction or drag factor between the road and the tires of the vehicle.

If you know or have an estimate of how far a vehicle slid and the roadway coefficient of friction, you can click on the Download Skidmark Chart to determine the minimum speed the vehicle had to be traveling to leave the respective skidmark . The chart assumes 100 percent braking efficiency on a level surface.

Contrary to popular belief, skidmarks are not caused by pieces of rubber from the tire being deposited on the road because friction heats up the tire. Skidmarks are actually bituminous oils in the asphalt that are heated because of the friction of breaking or accelerating and rise to the surface, leaving dark marks. Why are some skidmarks curved? Most roadways are crowned for water runoff. While a vehicle’s tires are locked and sliding, gravity pulls the vehicle toward the low side of the roadway, thus making it appear the skidmarks are curved.

There is no charge or obligation for the initial review and/or consultation on any collision case. CGC is ready to travel anywhere in the Inland Northwest on relatively short notice. 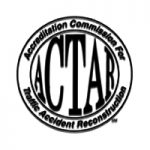 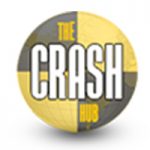 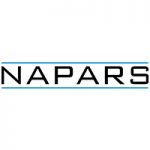 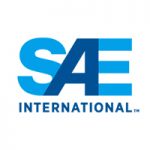 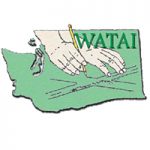